Last weekend we were at the 3D Print Experience show in Haarlem. Not as visitors, but with our very own stand! Most of the other exhibitors were businesses, but the organizers were kind enough to give us the opportunity to show the general public the hobbyist side of 3d printing. 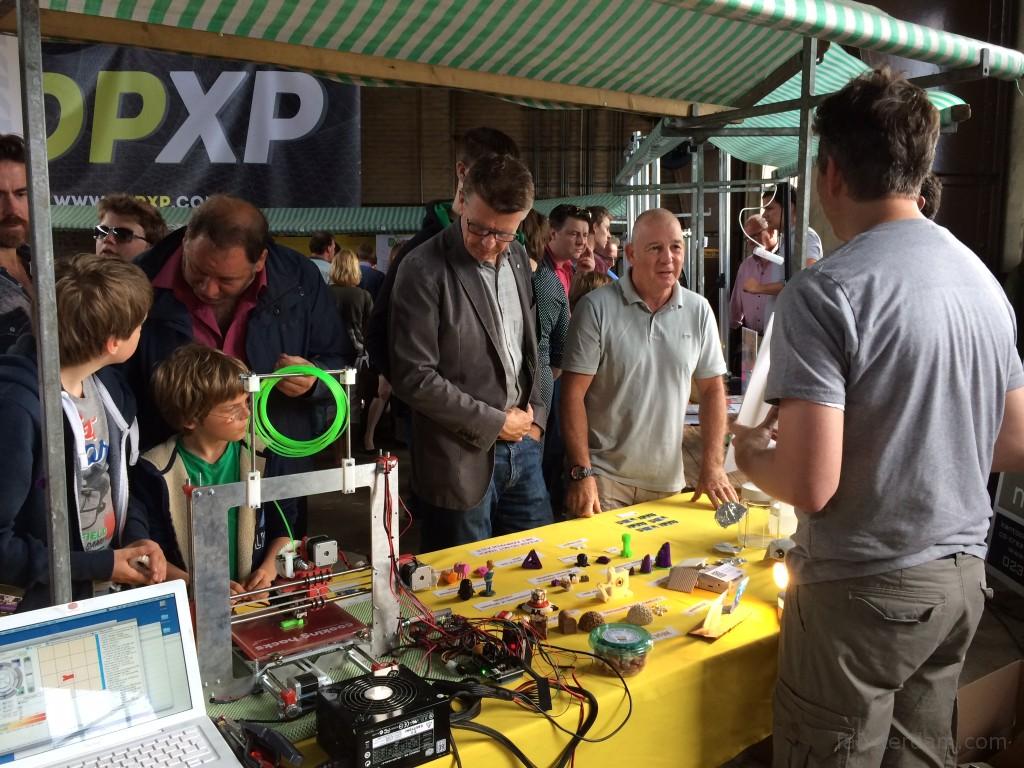 There were quite a number of visitors: the organizers told us afterwards they had counted about 3000 in two days. Many of the visitors really liked our ‘home brew’ approach, from the rough look of our self-assembled Prusa i3 printer to our acetone vapour smoothing rig that seems to have been put together from parts lying around in the kitchen (which it actually is). Some people told us that we made 3d printing look a lot more accessible and affordable to them than the more commercial/industrial (and expensive) offerings. We warned them that our way can certainly be time-consuming and difficult but I believe we may have infected some with the 3d printing bug. 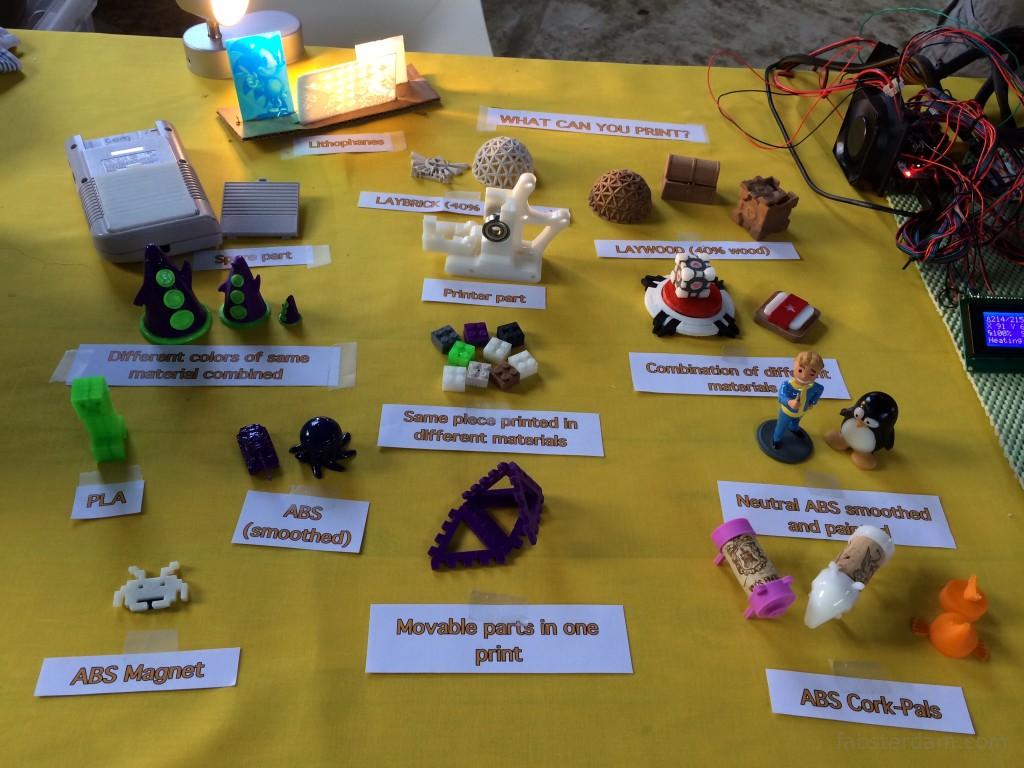 We brought a number of our prints to show the different materials and techniques that we use. A lot of people had never seen Laywood or acetone-smoothed ABS before, as most of the other exhibitors were only printing with PLA. Many were surprised to learn that we made all of this with such relatively simple equipment. 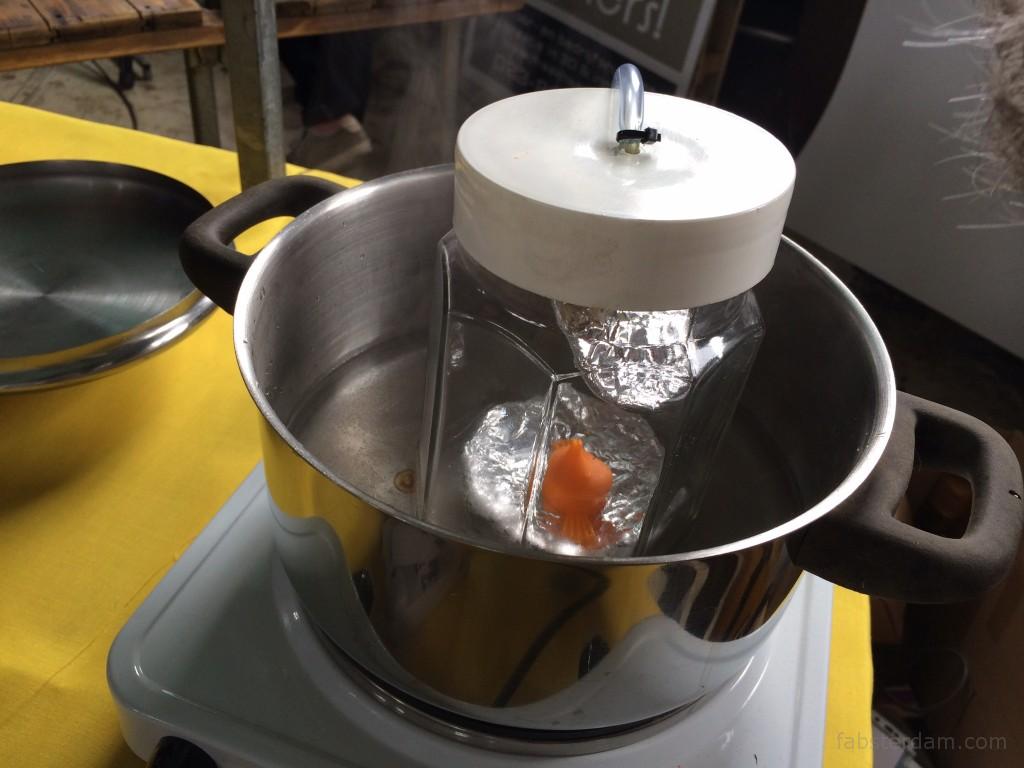 We gave several demonstrations of our ABS smoothing technique. One visitor even brought an ABS print of his own, which we were happy to smooth for him. He was amazed at the improvement in the strength of the piece. Another visitor (a professional chemical engineer) suggested several ways to do the same for PLA prints, although he mentioned that the substances involved are more difficult to obtain than acetone and quite a bit more toxic. Very interesting but I think we’ll pass on those for the moment…

All in all we had a great time showing the fruits of one year of 3d printing as a hobby. It was very nice to talk to so many people and see so many of them genuinely interested. We’ll definitely want to do this again.

Update: the event video is online!