Some time ago we heard about a research project for a 3d printed house. Later on, we discovered that it is being developed in Amsterdam by DUS Architects and pretty close to us so we decided to go for a visit today. 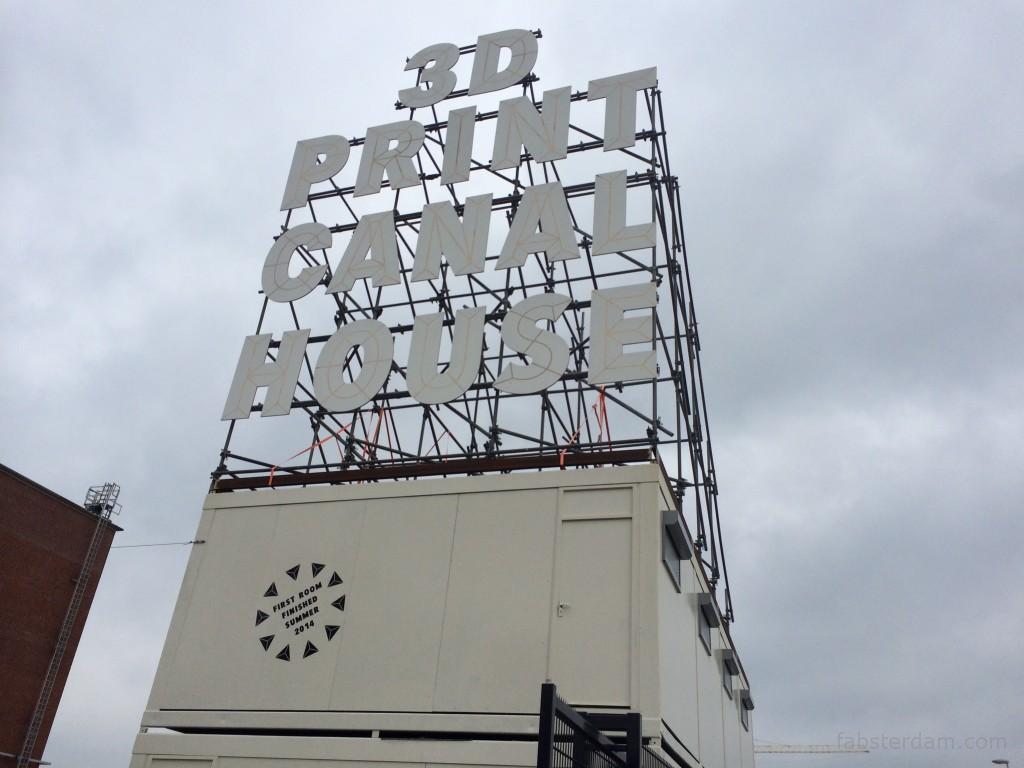 They opened to the public just one month ago but they seem to have the project quite advanced compared with other similar ones (like this Countour Crafting project). 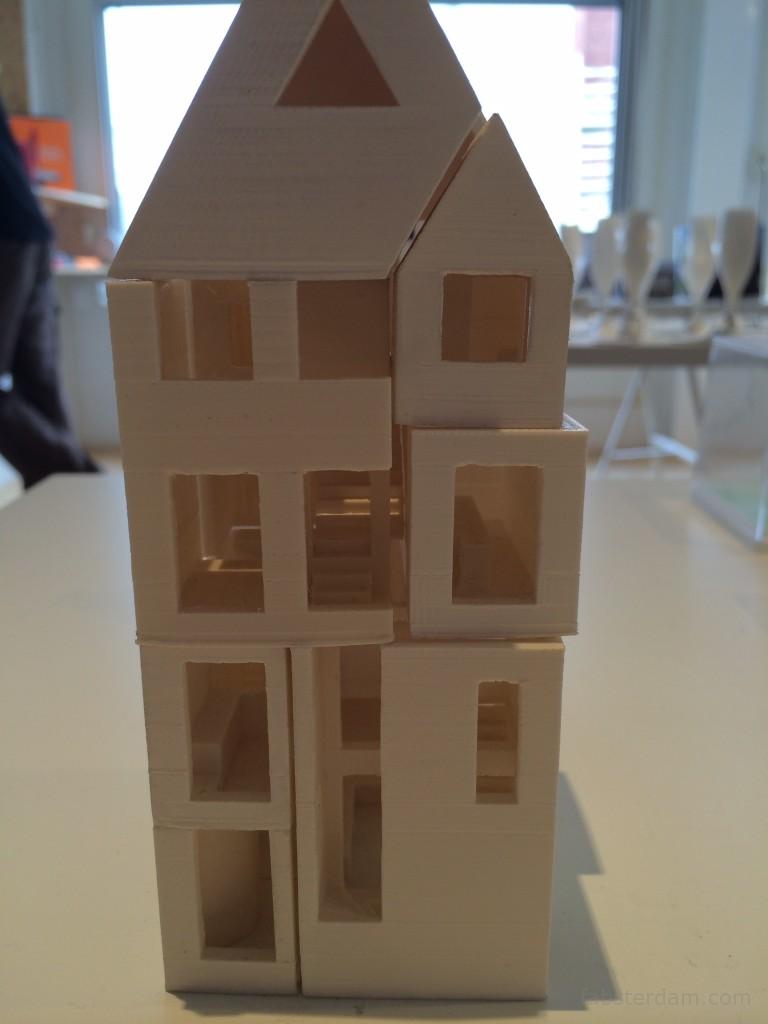 The whole idea about this nice project is to experiment with different materials and print a house divided into 13 rooms that will be connected later on, like a lego, to build the whole canal house. 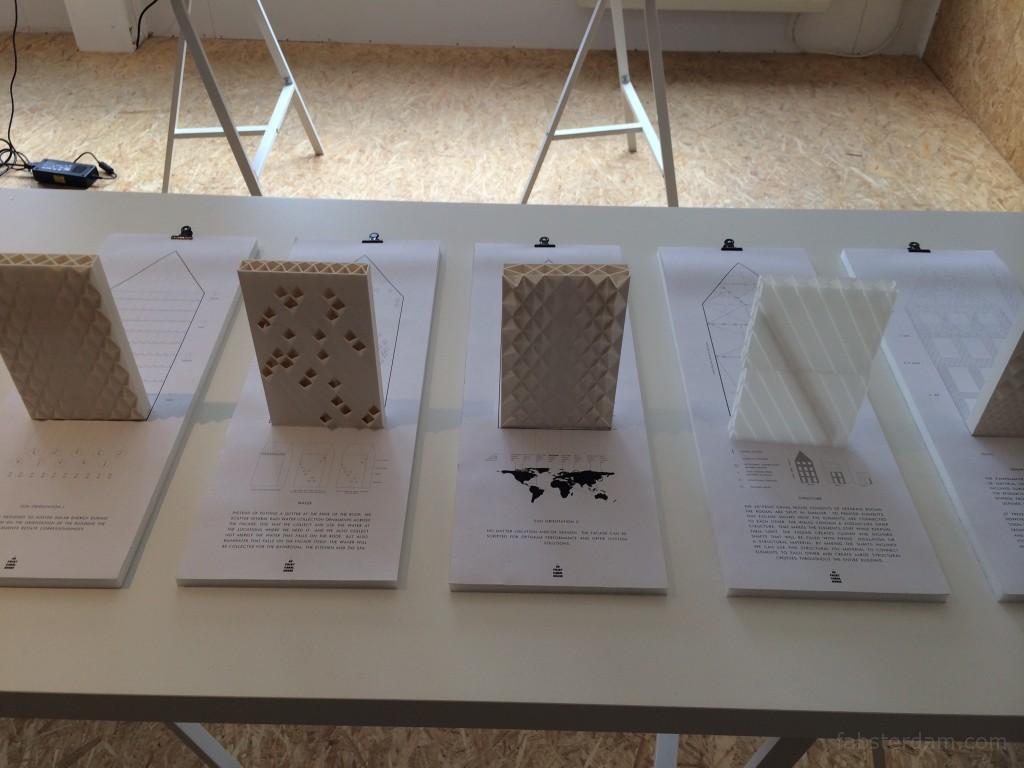 They are also experimenting with the different possibilities for the facade of the house, so they can collect rain water or put solar panels at the right angle and in the most suitable places depending on the month of the year and the location. 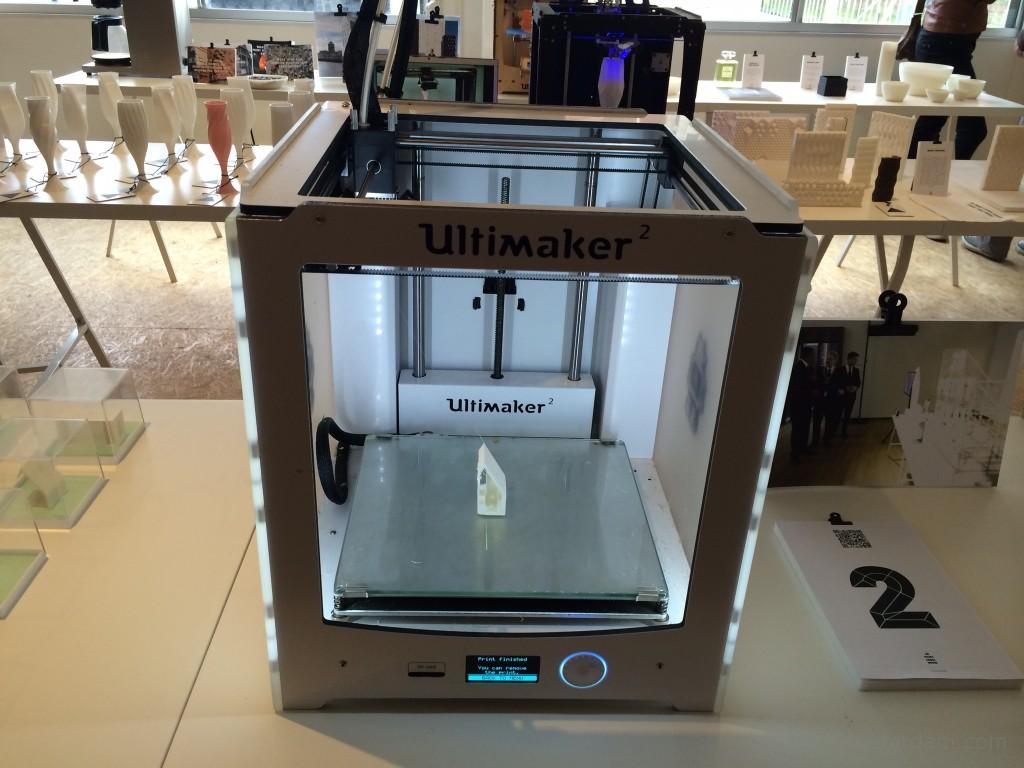 They are also getting help from the people of Ultimaker to build the huge printer and advice on how to print propperly, plus they had a couple of ultimakers and a new ultimaker two at the exibition room showing what the technology is capable of.

Here you can see  a video of the huge printer in action. It appears to be an H-bot design; the print head gantry is moved up in the Z direction by two huge lead screws because moving the print platform will be problematic due to the weight of the printed pieces. 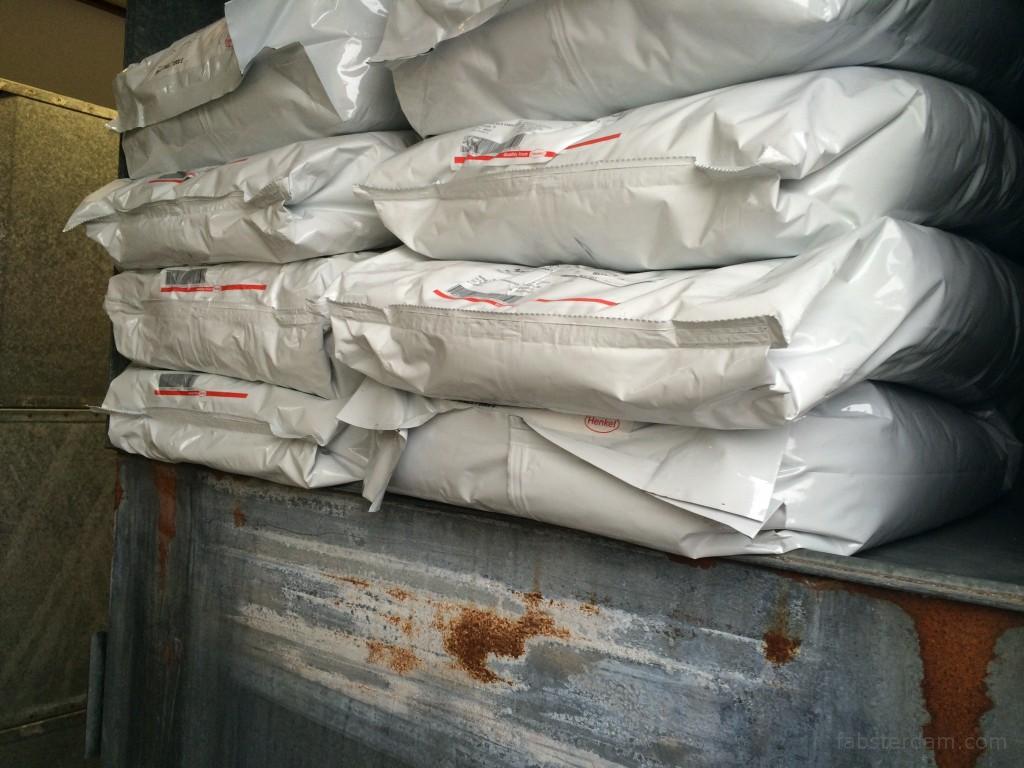 We though it will be a huge filament roll somewhere but they showed us the material  that they use (developed by Henkel) and it’s more like little stones that go directly to the hot end to be melted resulting in some kind of “glue”.

The project is located in Amsterdam-Noord close to the A-Lab and the Eye. You can read more about it on their website.

A gallery with all the pictures we took from the exhibition area: